Alexia Avina is a Massachusetts-based ambient folk artist who contrasts minimalism with ethereal soundscapes and melodies in order to offer the listener a vast sense of calm. She was born and raised in SE Asia.

Her latest album Unearth has been hailed as "stunning", "exceedingly lush", and "alluring", upon its release. This is Alexia's third full-length, and the first that we've had the pleasure of partnering on. Unearth is out now via Topshelf and Lost Map Records, we recommend giving it a play as you read more about Alexia's influences and journey, both personal and musical.

What's the story behind "Unearth" & are there other albums about similar subject matter that have been important to you / stuck with you?

While I consider my debut Betting on an Island my "break-up" album, Unearth is its aftermath. It is about sifting through those layers of looking back through hurt and sadness and anger, and emerging with something new and calloused, or something soft and raw. It is about that very unique period of being alone again and trying to find your way back to yourself through other people. The majority of these songs are about my experiences with various connections I made at the time and the ways in which old patterns and insecurities still dutifully resurfaced as a reminder of what truly was mine.

An album that helped me to pass through this particular transition with grace and tenderness was Through the Devil Softly by Hope Sandoval and the Warm Inventions. It's one of my all-time favorite albums and by an all-time fave artist and I discovered both of them at this time. The album isn't written specifically about losing love, that's not why I was drawn to it. There was something unnameable that it was able to evoke in me, a complete surrendering to my fate and reality with both sadness and gratitude that allowed myself to feel all that needed to be felt at that moment. 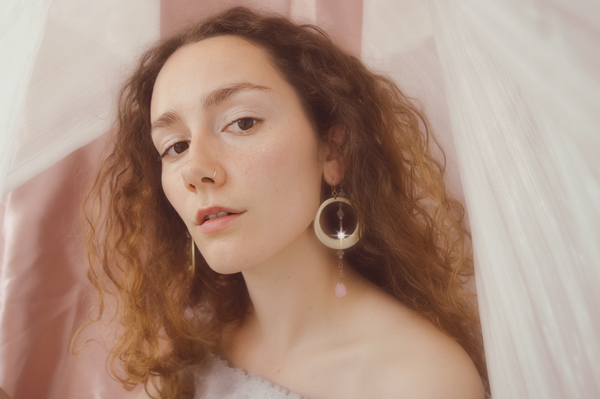 The easiest influences for me to draw upon are those I formed in Montreal, because it was my first experience of a music scene. I performed my first open mic on my banjo at a DIY space and artist collective called La Plante my freshman year of college. It was incredibly fortuitous that I happened upon the space a month into my moving to the city because it shaped my experience entirely of the music scene and my sense of place within it, most notably through the ambient scene. Growing up I had always wanted to write experimental / weird music but had not had anyone to guide me into that electronic world.

We used to have an event at La Plante called Drone Sleepover, where from about 6 pm to 11 am the following day we would have a continuous drone performance, people signed up on the spot for 1 hour slots throughout the night. The music would never stop, artists would blend their sets into one another seamlessly in an improvised moment of continuity and slowly fade out to carry onto the next set until it was time for the next transition. The space would be decorated with a canopy of sheets hung overhead with projections going, blankets and pillows everywhere, bodies sleeping, and sometimes a big pot of tea brewing or soup. Most of the musicians and artists I met had some connection with the space, regardless of their level of involvement. For a few years, I was a very active collective member there, hosting and volunteering at various shows and community gatherings. 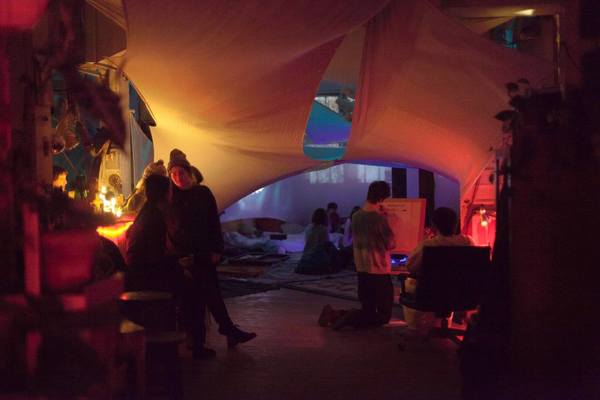 How does it feel different to write and release music with a personal backstory under your own name vs. under a band name post-Best Fern?

I'm most used to writing music with a personal backstory because that's how I began writing, so Best Fern was really a departure for me in that respect. With that project, we intentionally wrote lyrics from a more neutral lens. I think that performing and creating that way gives an artist more freedom to be less bound by the perceived constraints of one's ego. Something I have worked with a lot is disentangling my self-worth from my solo project - it can be hard to do when your real name is attached so visibly to your art. The kinds of songs that I write on my own are usually fueled by a need to process an event, feeling, or existential phase or question in my life. In certain ways, writing songs outside of those motivations is more of a creative work out for my brain, but it doesn't come from the same vulnerable place of my heart-mind.

How did the visuals accompanying the album come to be?

A few years ago I was in Germany visiting one of my best friends who was living in small-town Bavaria. We went out into the snow to shoot a music video for a song off my Surrender EP, and when we saw some tall grass swaying I sort of intuitively crouched by it, my toes soaked and freezing in the frigid winter day. I always find myself drawn to tall grass, it's somewhat of an aspirational motif for how I'd like to move through the world. When I saw this image, I knew I had to hang onto it for something special. At that time I was writing and compiling the songs on this album, and so using a photo of myself from that same period is a way that I pay respect to that time in my life and the person that I was when I wrote them. 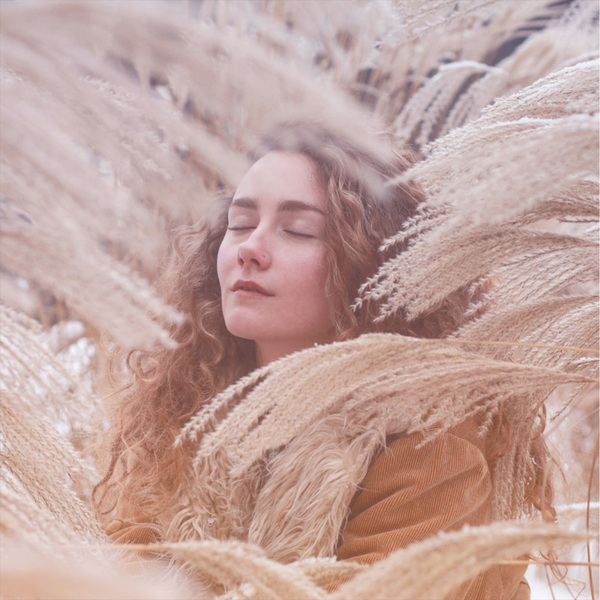 What do you do with your free time that has nothing to do with music? What centers you?

Since the pandemic, these days I haven't felt very compelled to write music. I've been more focused on cultivating other grounding and creative practices for the time being until the next musical moment strikes. I taught myself how to crochet early into quarantine and have made a few tops for myself (as well as a bed for my cat), I started doing a lot more yoga, and I checked out a bunch of books from the library. As I've moved to the country, I've also been swimming frequently in nature, which has been really lovely. There have been multiple times in my life where swimming has sorted out all kinds of issues in my body and mind that other modalities couldn't, it is one of my ultimate centering practices... 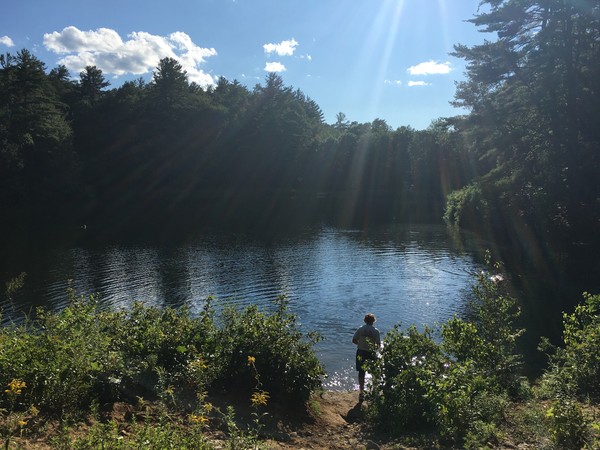 Do you consider the meditative aspect of the ambient genre to be reflective of the way you approach your life in general? Or does the intention behind slowing down feel more aspirational?

In my own experience, the two perpetually feed off of each other and aspiration remains a constant. I am always losing and finding myself again, but I've learned that the point is the process of the return, or the art of coming back to oneself. Ambient music is a wonderful resource and when I put on a record or a song it's usually either a reflection of the space I am in or the space I want to be in.

a hand-picked mix of Alexia Avina merch and related titles. view all →