Harry the Nightgown is the sonic playground for the duo of Spencer Hartling and Sami Perez's impressive production chops (they're both engineers at Tiny Telephone Studio). The band's influences range from The Raincoats and XTC to Rosalía and Kate Bush. Their sound has been compared to bands such as Dirty Projectors and Deerhoof. The result is defined by improv “Toast and Punch” recording techniques. Harry the Nightgown is the pursuit of Hartling and Perez’s artistic partnership as they begin a new chapter in Los Angeles, where they have established their new recording studio, Grandma’s Couch.

How, where, and when did you begin this project? What would you consider the band's hometown?

Spencer Hartling: Me and Sami were both living in San Francisco at the time we recorded our first song for this project. I think our motivation came from a record we had just done with our friend Ryan Heinke called Ball Earth. This project was a bunch of Ryan's songs that he trusted us to help him finish. It was the first time Sami and I collaborated in engineering/production with each other. I would probably consider our hometown the bay area? But, before we finished the album, we both moved down to Los Angeles and are recording more down here!

What was your relationship to music growing up? When did you know this was a world you wanted to be a part of? Who helped lead you down that path?

Sami Perez: I remember my dad bought me my first guitar when I was seven. It was a pink flower shaped daisyrock and the first song I learned was You Don’t Wanna Call by The Donnas. Then in 5th grade my friends and I started our first band My Noisy Neighbors. It was nine girls and we all played guitar and covered The Jonas Brothers. Then my first legit band The She’s came from that and we started gigging in the 8th grade and I knew that was my life. It was easy to come up in the SF music scene, especially at that point in time. We graduated 8th grade in 2009 which was a prime year for SF. I feel lucky to have started playing music there but am stoked to continue down in LA. 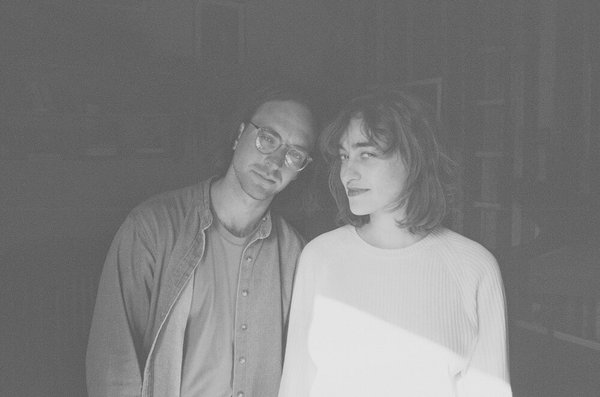 What are some of the influences that you've gathered from the different places you've called home?

SP: When I first started gigging in SF the band Girls was getting popular and I would say they were a huge guiding force for me musically. We connected to them through myspace (haha) and ended up playing with them a few times which connected us to other people in the local music scene at the time. I also got the chance more recently to play with SF artists such as Kelley Stoltz and others in that scene which helped shaped me as well. But when I moved to LA a year ago I left SF for the first time, so it’s the only other music community I’ve been a part of and am really enjoying getting to know the artists here.

SH: Before we started this project, I lived on a farm in Guerneville, CA. Sami would come up pretty often, and we got to experience life very far removed from the city. I think this was huge for us as a mental practice that may have subconsciously influenced the way we work as artists.

What is the story behind the album?

SH: The album is a very loose narrative that follows our relationship as musical and romantic partners. When we started Harry the Nightgown, we were 2 years into a relationship and living together. By the time we were on the last leg of writing and recording, we had split up and moved away from each other. There are moments that speak of the euphoria of being in love, frustrations of being misheard, and the warped effects of jealousy.

Who did your album art? What's going on there?

SH: Sami's housemate Jacob Sorkin did the album art! We went into their studio in Sami's garage one day and looked through some of their work. I think we wanted the front cover to be simple and straight to the point. With the back cover, there was a little bit more freedom there, because it wasn't the first thing everyone is going to see. There wasn't really much direction given for that other than "it can be as intense and sexual as you want".

SP: I was stoked to hire my roommate Jacob to do it! When I moved into my house I was enchanted by their art and the dramatic sexual tones that ran through their pieces. It is important to me to be involved in a scene that prioritizes queer representation, fluid sexuality, and gender non-conformity. I feel like the design Jacob made for our back cover echoes this core value and I am honored to have collaborated with them! 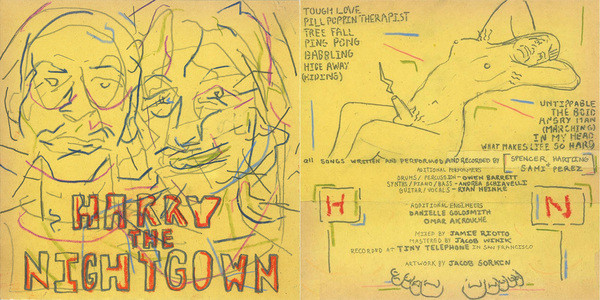 How did the videos accompanying the album come to be?

SH: For "Ping Pong" our friend Odie Summers did the video for us. We had one day to shoot it, and threw together a few ideas. I wore my recycled halloween costume, and played a lamp in the video. Odie does a lot of cool claymation videos under the name Spare Parts TV. He shot, edited and did lots of claymation and animated overlay on top of the video. I think the goal for this was to be as quirky and spontaneous as the song is. For "Babbling" my little sibling Russ did the video. We gave them free reign to create a moody visual counterpart to the track. They shot it all themselves with their roommates Lucy, Madison, and Walker in a day a few weeks before the world shut down. For a quick linear video with no budget, I love how this video compliments the song.

Who are your musical inspirations? Who has inspired you outside of and beyond music?

SH: Kate Bush, tracks that make u dance viciously, tracks that make you wanna cry and hug your friends. My ultimate inspiration to keep doing music is showing my non-music making friends things I've made and getting a reaction. I've spent a lot of my life only caring about what music makers, engineers, and other artists think about what I make. As I get older, I look to those who don't do music as a hobby or profession. Their opinions are so interesting, unbiased, and genuine.

SP: One hundred percent agree with Spencer on this. I’ve been trying to make more non-music friends. It’s so easy to become snobby - probably in any form of art- partially because there comes a point where it is kind of important to be (you establish taste/sense of judgement, which is good). But it also feels important to step back and gain other perspectives. Especially now, leaving SF, which is so small and interconnected. Right now I’m really inspired by anything new! And always anything with a chromatic walk down which Spencer is sick of by now.

What hobbies and passions do you have outside of music?

SH: I do a lot of gardening and am helping my friend finish building this tiny house in the woods

SP: My roommates and I are working on a massive puzzle right now. I want to camp more.