Shortly after their first and only release on Topshelf in 2016—Else—the legendary alt-rock Quebeckers Solids quietly went on hiatus. Now, a few years later, the band is ready to officially call it quits with a run of three shows in Toronto, Quebec City, and Montreal. They are sure to be raucous and full of love, so make sure to get to the gigs if you are near those greater metropolitan areas! 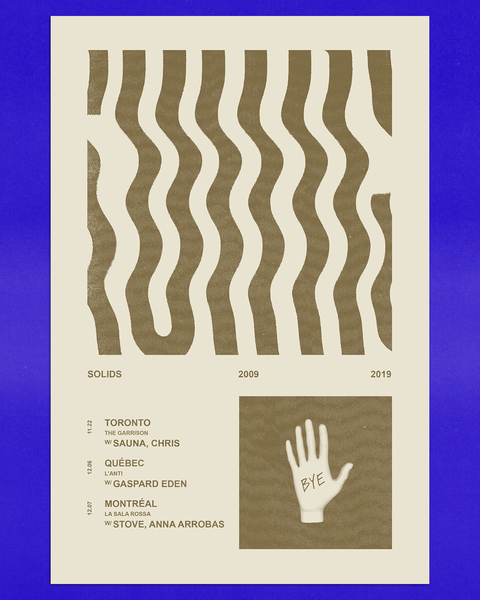