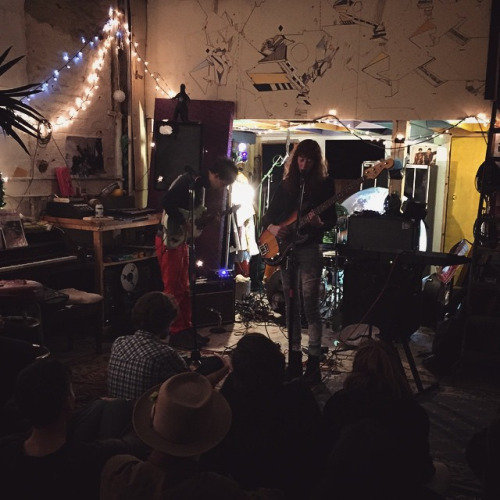 Imagine: It’s Christmas day. You’re sitting around the tree with your family. Your 5-year-old son and/or daughter hands you a handmade present: a really big pinecone, covered in glitter and garland and technicolor paint. It's a perplexing gift indeed, but pure and heartwarming.

That’s how Really Big Pinecone want you to feel about their music. Their music, as described by guitarist Mikey Buishas, is “sort of messy, but playful, abstract, as well as earnest and joyful.” What I Said About The Pinecone captures the wonder, fear and uninhabited creativity over the course of an eventful 14 minutes, seven songs. This album—recorded by Philip Weinrobe (Marc Ribot, Pussy Riot, Damien Rice) at Figure 8 Recording (Palm, Owen Pallet, Here We Go Magic, Son Lux, The Julie Ruin)—as well as their previous release, Really Really Big Pinecone—recorded at The Silent Barn—is as mysterious yet self-aware as the band name suggests. All you can do, fair listener, is join in on the ride. —Babe City Records 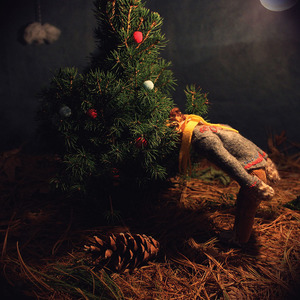 What I Said About the Pinecone

"It’s built around wobbly, wistful overlocking vocal acrobatics that do a good job at evoking the performative nature of the titular character."
-Stereogum (on "Chorus Girl")

"The sweet, sad little melodies of 'Murky Depths,' 'I Would' and 'Backup Plan' blast off into trippy swirls at a moment's notice, like a warm mug of chamomile spiked with something crazy."
-Rolling Stone

"The Brooklyn trio’s brittle, abstract indie rock is the perfect soundtrack for a brisk autumn stroll, organic and yet surprisingly ornate."
-CLRVYNT

“'W.I.S.A.T.P.' [is] the lilting lead single that [features] guitarist Mikey Buishas on vocals and [acts] as an abject search for meaning. 'Chorus Girl' ... sees bassist Zannie Owens taking the mic for an off-beat gem that recalls the sweeping, jagged edges of Annie Clark’s best."
-Stereogum

"Really Big Pinecone is a band from Brooklyn with an extremely charming, wide-eyed sound and an equally charming, smart sense of humor—the band's name is meant to evoke a sense of childlike wonder."
-The Fader