With no social media presence to speak of, Mr. Thief is an elusive person online. It took me many months of sleuthing to finally get in touch with them. I'm super glad we were able to connect though, because "Crumbling" was one of my favorite albums of 2018.

Although sung almost entirely in Korean, Mid-Air Thief's cult-acclaimed album Crumbling exhibits a distinct universality, merging disparate sounds and styles into a cohesive, electronic-infused folk amalgam that tactfully blurs the lines between organic and synthetic. Listeners are led through enrapturing passages of swirling melodies underscored with eloquent plucks, strums, and bursts of bubbly glitches. Individual phrases drift into one another as if in a dream, cohered by guest vocalist Summer Soul's entrancing hooks and vocal soundscapes. Crumbling is a compelling accomplishment of both composition and production, bending as it does to its unique contours of consonance and dissonance, always resolving to a place of calm and beauty. 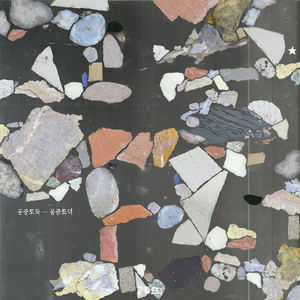 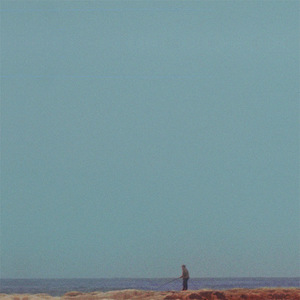 "Mid-Air Thief’s decision to draw from their earlier electronic work—specifically that every sound is an instrument, and that it can be manipulated—also gives the album a sense of unpredictability, of the ground underneath constantly shifting and prompting unexpected charm. Sounds and voices constantly get warped while splashes of synthesizer splatter across songs, adding tension to otherwise pretty creations, like the tempo-flipping jaunt “Curve and Light,” and making the finale of autumnal slow-burn “Ahhhh, These Chains!”—a number starting with calming bell chimes and vocal harmonies that gradually blur together before eventually giving way to blasts of guitar—hit all the harder."
-Bandcamp Daily

"Crumbling is the quintessential fall album in all aspects, with even the album art contributing to the necessity to listen to it on a cloudy day at the beach or a misty morning. It is creatively produced and an increasingly rare example of psychedelia with actual pop sensibilities done right."
-The Michigan Daily

"Crumbling is full of little moments in which totally inorganic compositions recall the most earthly phenomena. The album blends together digital and acoustic instrumentals with a supreme level of ingenuity, drawing influence from turn-of-the-decade psych-pop acts like Animal Collective and Dirty Projectors, but with the exquisite production and maximalist minimalism of the post-Blonde and 22, A Million era. It's texturally rich, densely layered, and restlessly dynamic music, but Mr. Thief and Summer Soul's fluttery, wind-sailing vocals maintain a serene hold over the colorfully mutating arrangements."
-MTV

"Thanks to a cassette recorder in the mastering process, “무너지기’s” sonic landscape is filled with lukewarm lo-fi atmosphere that polishes (or blurs out) the astounding layers of chattering instruments, sound effects, samples, vocals, and others. Summer Soul, another talented musician in South Korea, lent her voice and lyrics to “무너지기”, adding gleaming enchantment to already wonderful music."
-Beehype

a hand-picked mix of Mid-Air Thief merch and related titles. view all →