Arrive early to a show on the TSR tour and get free exclusive merch! read more → 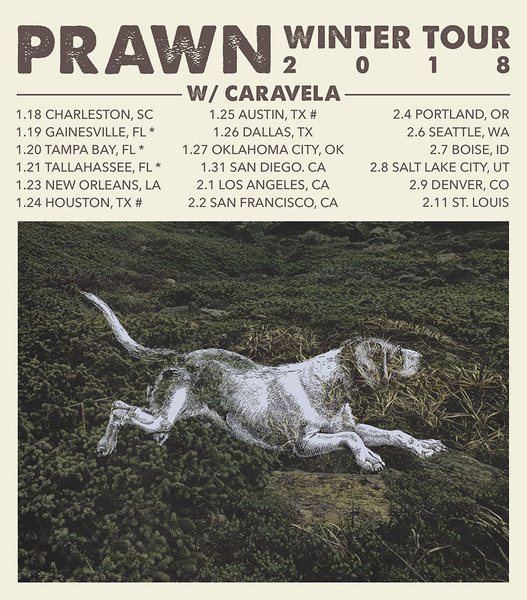 Following the Topshelf tour, Prawn is getting back on the road... read more →

Listen to Prawn's new album in its entirety... read more →

The third single from 'Run' is out today. read more →

Listen to a brand new single from Prawn... read more → 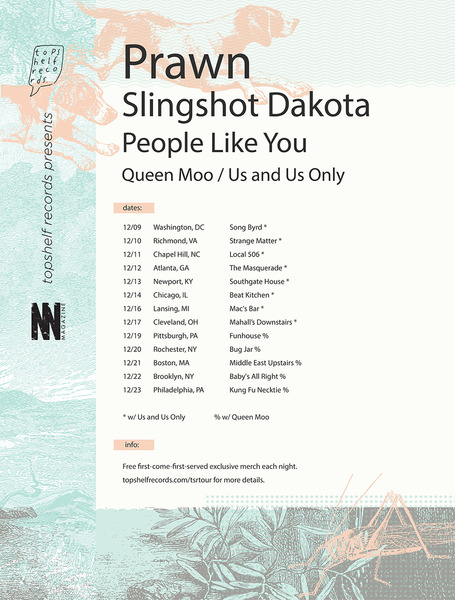 Our Topshelf tour begins this Winter! People Like You also have a new video for "Variations on an Aria." read more →

This fall, Prawn will be accompanying The Flatliners... read more →

Celebrating the 15 year anniversary of their album, "Everynight Fire Works," Hey Mercedes are taking The World is a Beautiful Place & I am No Longer Afraid to Die, Prawn, and The Velvet Teen out on tour... read more → 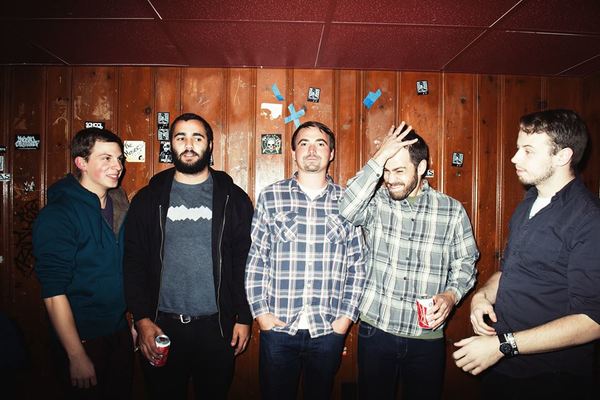 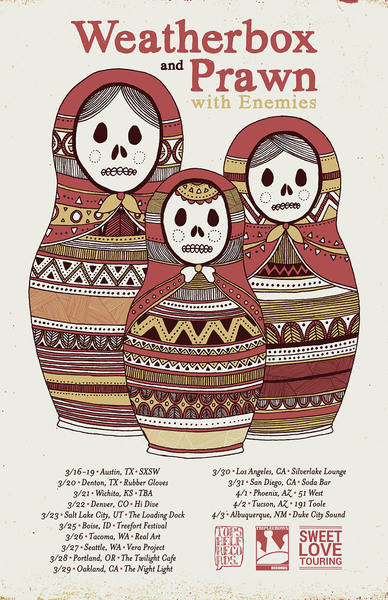 We’re partnering up with Father/Daughter Records and heading down to Austin again this March to bring you a really great show! We think F/D is one of the best labels going right now so we’re truly thrilled to partner up with their great roster for this. For show details including times and line up, read more →

This July Braid will be headed out on a summer tour around this year’s Wrecking Ball Fest! Along the way they’ll be playing with The Get Up Kids, Beach Slang, Prawn and Dikembe. For dates, info & tickets, read more →

This summer Prawn will be heading overseas to tour the UK and Europe with Hindsights and Brightr — for dates and info, read more →

With a new full length and EP under their belts, Prawn will be busy touring the US and Canada this spring — their first ever stint on the west coast as well! Accompanying them for the tour will be Frameworks, Whirr, Free Throw, Xerxes, Del Paxton, Gulfer and First Ghost. For dates and info, read more →

Prawn​ & Frameworks​ will be heading out on a co-headline west coast tour later this spring! For dates and info, read more →

Fresh off of the recent release of their wonderful full-length album, Kingfisher, Ridgemont, NJ's Prawn will be releasing a 7-inch for this fall's Record Store Day. The 7-inch contains material recorded during and in the same studio as the Kingfisher sessions and will be available physically with RSD exclusive vinyl variants on November 29, 2014. These two songs were originally intended to be included as part of the Kingfisher and are some of the band's best yet. For more info and their EU/UK tour dates, read more →

Prawn are set to begin recording a new full-length with Greg Dunn (Moving Mountains) beginning this weekend. The follow up to 2012’s well-received Ships, the new full length album will be recorded at AudioPilot Studios in Boonton, NJ and will be preceded by a split with Rockford, IL’s Joie De Vivre (which we'll be releasing on February 11 with Count Your Lucky Stars Records). read more →