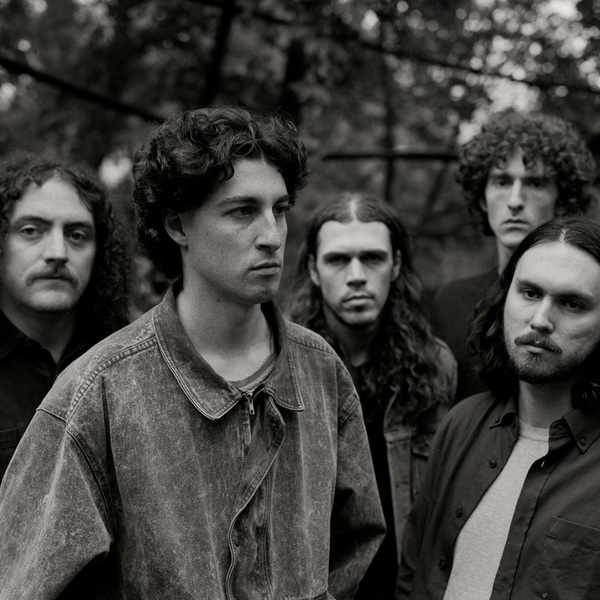 Knifeplay is a band that eludes definition, existing somewhere between the nihilistic detachment of shoegaze and the emotional honesty of folk songwriting. Originally a solo bedroom recording project of Tj Strohmer’s, they’ve made a slow and careful shift into a collaborative, production focused, studio recorded band. Through their ever-expanding genre palette, range of fidelities, and long list of collaborators runs a unique current that ties everything together.

Informed by his experiences living in Philadelphia and their contrast with his rural southern Maryland upbringing, Strohmer’s sometimes straightforward, sometimes dreamlike, but always philosophical lyrics feature scenes of darkness from many different aspects of life. He deals with themes of death, drugs, heartbreak, abuse, and self-destruction, all expressed through a delicate vocal style, which, combined with the band’s lush orchestral instrumentation gives a beautiful lightness to the heavy subject matter.

Since their 2017 debut of home-recorded EPs, Knifeplay have earned a dedicated cult following through acclaimed debut album Pearlty (2019) and a lengthy B-Sides Compilation (2020), all either self-released or through small run tape labels. In 2021 they entered the studio with producer Jeff Zeigler, known for his work with Kurt Vile, Nothing, The War on Drugs, and more, first producing the Hurt Someone EP (Born Losers Records) before recording their upcoming sophomore full-length, Animal Drowning, to be released via Topshelf Records on October 19, 2022. 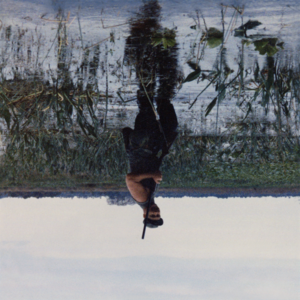 "Knifeplay are pushing the shoegaze revival to embrace the jagged textures of experimental rock, the earnestness of emo, and the delicacy of string compositions without any pretension."-Pitchfork on Animal Drowning

"The song's fuzzed-out guitars and warped riffs give just a hint of how heavy Animal Drowning can get, but its soaring final minute is a reminder that the band is just as committed to crafting moments of beauty you can get lost in."-NPR on "Nobody"

"To call Knifeplay a shoegaze band is to undersell the glorious sounds they conjure... it’s clear this band is practicing what it preaches regarding cutting your own path, with stellar results."-Stereogum

"Where other shoegaze and slowcore revivalists adopt the same sort of meek drollness that their forebears perfected, Strohmer treats his subjects like the matters of life and death that they really are… These are gnarled, uncomfortable feelings—maybe the music should be too." -VICE

"On their Topshelf debut, the Philly shoegaze group put an impressive twist on a precious sound that places them in a rarefied class of their own."-FLOOD

"Knifeplay are one of the most interesting bands to emerge from the city’s shoegaze scene since the aforementioned SOTB. Their music is similarly psychedelic and through-composed, but even more hauntingly dark… Slowcore, freaky Alex G-esque indie-rock and witchy art-rock can all be heard in Knifeplay’s sound"
-The Alternative

a hand-picked mix of knifeplay merch and related titles. view all → 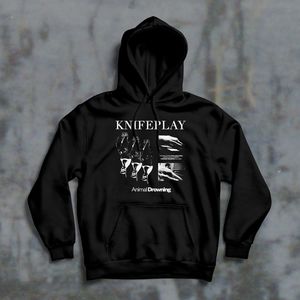 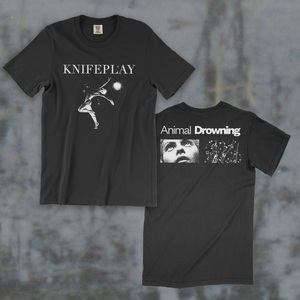 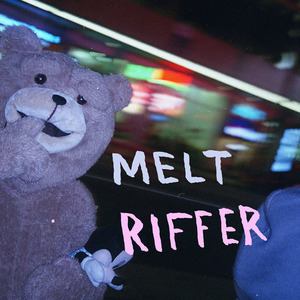