Attending college in Nashville, TN in 2015, Scott Hermo never really pictured himself as a full-time musician when writing and recording songs in various bedrooms. There was no plan, direction or goal. Yet meeting friends John Lewandowski, Tiger Adams, and Noah Miller changed all of that when the songs started to take more form with energy and live drums. Suddenly, there was a live band and like-minded folks with a similar outlook and collective goal to make the best music possible, for no one but themselves. Before ever even playing a show, they finished their debut album in yet another bedroom.

After word of mouth spread, a band was formed so they could play the shows they were offered. — and with that came a love for playing shows, meeting musicians, digesting more bands, and perfecting their craft. Over the next few years, John, Tiger, Noah + countless others moved on, but Scott kept the band going with a rotating cast of over 20 musicians — always friends — who were available and shared the love of the music. And in that rotating cast, Scott met Emma Willer who became a permanent addition to the band, with major contributions to their self titled and first release, Goose Bumps, released November 17th 2015.

Fast forward a couple of years and over 100 shows and Goose Bumps has garnered millions of streams, countless sold out DIY physical pressings, all from a self-released record by a small group of friends trying to figure out their place in the world, writing some incredible tunes in the process. 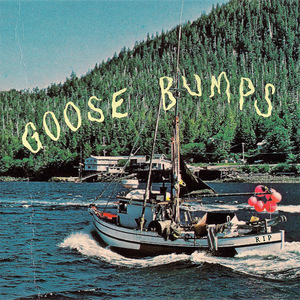 Boyscott’s sound can be described as a delicate blend of echo-chamber pop, crisp acoustic guitar and summer camp nostalgia. Warm electric guitar licks mix gracefully with soft melodies and natural percussion sounds that are as soothing as they are sonically interesting.
-NYU News

Their songs are upbeat and sunny, but at the same time introspective and fueled by a fondness for the past.
-Behind the Curtains Media

a hand-picked mix of Boyscott merch and related titles. view all →