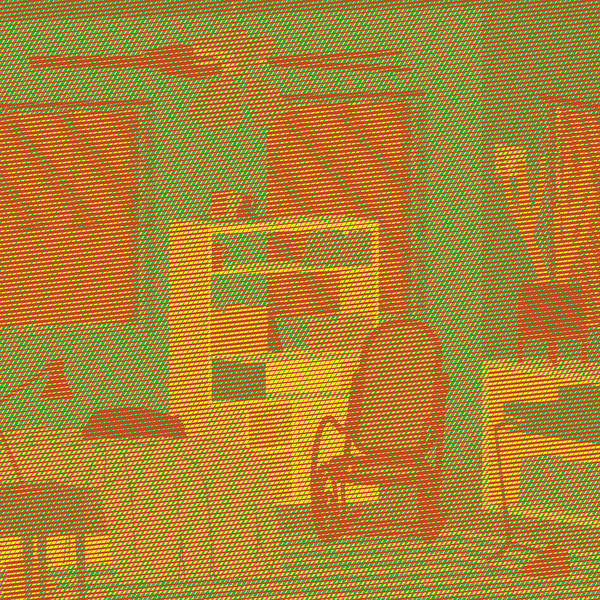 For Uhlmann, Odd Job came from a place of yearning and longing—an expression of a young songwriter looking back, often in sadness or regret or angst. But his new project, Neighborhood Watch, while also rich in melodic and textural allure, comes from a place of contentment. Consider it a meditation on domestic bliss experienced in early adulthood, an expression of the sweetness, good humor and fond reflections Uhlmann is compelled toward at this happy place in his life. “Neighborhood Watch is a cozy portrait of grains of sand, cats, ants, getting colds, letting loose, feeling shy, watching movies, and being in love,” the songwriter says.

In the end, however, it is Uhlmann’s life and sound reflected intimately in this music. “Bed” finds the songwriter reconciling his single, independent life with a newer version of himself who desires to settle down. “Benny” is a character study of sorts, and an opportunity for Uhlmann to vicariously throw caution to the wind. Jump-cutting from discordant, brazen sonics to gorgeous strings and supple melody, “Cool Breeze” is lyrically a curio about L.A.’s unforgiving summer heat; “Neighborhood Watch,” based in part on a fellow resident of Uhlmann’s Echo Park, is similarly droll. “DNA” delves into the idea of being in love but having uncertain goals, while “Spice Girls”—title courtesy of Butterss—ruminates on the challenges of falling in love and learning to give of yourself. “Hourglass” finds inspiration in the verse of the late poet W.S. Merwin. Uhlmann enlists vocal help from Meg Duffy (Hand Habits) on “Santa Fe,” a charming reverie in which the songwriter warmly ponders the spring-break trips he took to visit his grandparents. “Coupon” is another poetic travelogue of sorts, this time about a family sojourn to New York.

Raised in Chicago and currently based in L.A., Uhlmann earned a BFA in jazz-guitar studies from the California Institute of the Arts in 2014, also studying composition and various world musics. He has since pursued engaging work in a variety of musical and creative disciplines. Uhlmann’s c.v. includes music for chamber ensembles; scores for dance, film, television and online media, including credits for Vogue, Netflix and the Moth podcast; an ongoing cross-disciplinary collaboration with the poet David Baker; and performances and recordings with many, many remarkable bands and musicians. In 2016, he and Tim Carr (Haim/The Americans) cofounded the production company Dog Legs Music. Prior to Neighborhood Watch, Uhlmann’s most recent release was Hungry Ghost, by the trio Typical Sisters. “This is improvisation-driven music, right at the corner of jazz and post-rock, but there are none of the showy, full-band misdirections that have become so typical of jazz today,” the New York Times wrote of the album. The paper later called the music “group exploration with little flexing or hurry, electric guitar melodies that sound like open promises.”

But Neighborhood Watch is Uhlmann’s most definitive—and private, and fulfilled—effort yet. “This album reflects where I’m at in my life. It feels more grown up, but still contains a certain level of uncertainty and searching. I think I'll always be looking for answers, but I'm more comfortable with the idea that there are not always clear cut solutions and that's ok,” he says.

a hand-picked mix of gregory uhlmann merch and related titles. view all →